Someone asked a great question recently…why MAMO? What makes Medical Assistance & Missional Outreach different from all the other organizations doing medical missions in places like Uganda?

That is a great question. And it deserves a serious answer. Actually, answering that question is really exciting! It goes to the very core of why MAMO was started, why it is “Medical Assistance & Missional Outreach” instead of “Medical Assistance Missionary Organization” as was originally suggested, and what our long-term goals really are.

First, why “Missional Outreach” instead of “Missionary Organization?” That is very simple. “Missionary” is an occupation. It is something you do. It can be a task. Missional is a way of life, and it is transformational. “Outreach” is focused on reaching out, helping others, and suggests a limited term. “Organization” is just that, an organization. It is institutional. It is “established.” Maybe even “entrenched.” It is not what we’re trying to be.

We want to empower Ugandans to help Ugandans. And for the impact to be sustainable. Which means we need to link arms with Ugandans.

On the med trips, a Ugandan nurse led the medical team. 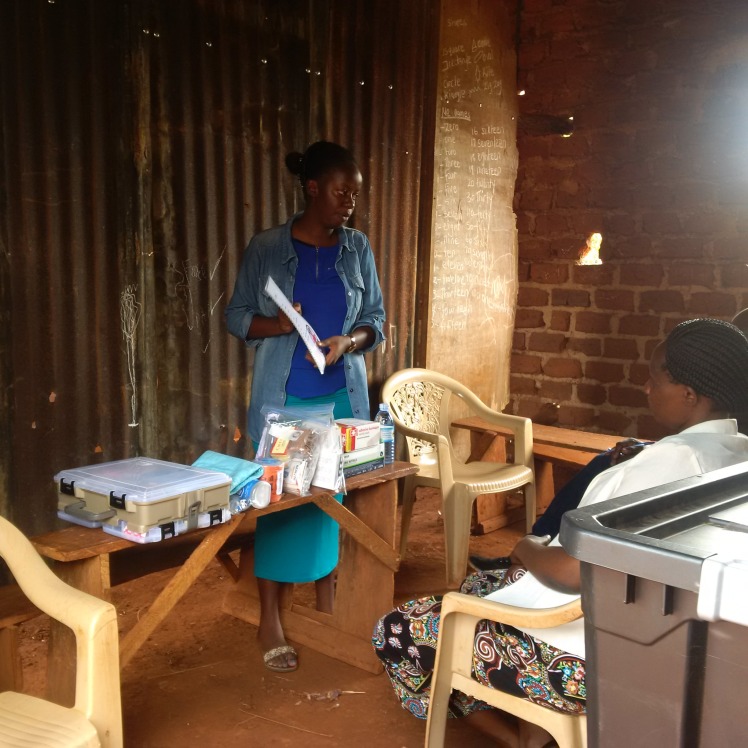 The Ugandan nurse did the training. She explained how to use the supplies we delivered. She answered questions and supervised teachers as they practiced what she showed them. The Ugandan nurse led the public health training, too.

For some, what MAMO did is not “real medical missions.” Americans didn’t provide the care. Instead, we equipped Ugandans with the tools they needed to continue providing medical support to children long after we left.

One of the best stories about what MAMO accomplished this year actually happened after the team left. Since it wasn’t possible to visit every school in our network, we hosted a training for pastors and teachers in Jinja. As part of that training, the Ugandan nurse taught about how to care for burns; a common issue in a country where most cooking is done over open flames. One of the pastors who attended put that knowledge to use just a few weeks later. His son was burned, and because of what he learned from MAMO, he knew what to do.

The burn is all healed!!

Another highlight was hearing how children’s school performance had improved because of the medical support MAMO provided. The pain relievers helped teachers deal with headaches (common complications of both malaria and typhoid), which helped them teach more consistently, which helped children learn better!

Probably the sweetest experience of all, though, was walking into a clinic at a church in Mbale that was inspired by one of the original med kits.

This is our measure of success…Ugandan pastors opening clinics staffed by Ugandan nurses serving Ugandan children in Ugandan schools. In time, those Ugandan nurses will be educated through a MAMO scholarship fund. And clinics will be started through a MAMO clinic incubator program that gives pastors the know-how they need to get the job done right. Those dreams are why MAMO exists. And those dreams are what makes MAMO different.