Last July, a team of Americans traveled to Uganda to host sports camps at small, independent Christian schools, all participants in a feeding program sponsored by an American organization. Two of the team members went as medics, prepared for sports-related injuries and issues. Nobody went prepared to care for sick children.

But on the first day, at the first school, shortly after our arrival, that’s what we were faced with. The scales slowly fell from our eyes, and we realized that our “rights” and perspectives on health care were based on assumptions drawn from the privileges we enjoy. In many places around the world, healthcare isn’t “universal” and access isn’t guaranteed. Especially when you are poor and have barely enough to eat. When you don’t have money to buy food, you don’t have money to buy medicine.

What started as a shocking reality became a tool the Lord used to give a vision for what has become Medical Assistance & Missional Outreach.

Over the last year, that vision has been prayed over, thought through, wrestled with, and worked on. It has been a dream of what could be, inspired by the brutal reality of not just millions, or even thousands of children suffering…but of individual children, children with names and faces, whose hands we held and whose suffering we saw firsthand. 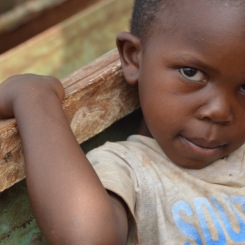 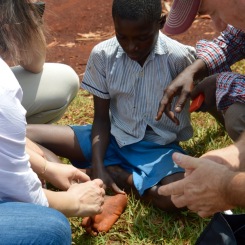 we knew we had to do something.

God gave the vision; provide basic medical kits with resources like pain reliever and fever reducer, a way to cool fevers even after medicine runs out, training in using the supplies, equipping with sustainable agriculture techniques in hopes that someday diets of beans and posho will be supplemented with fruits and vegetables grown at the schools, and the dream of providing education to nurses in the future.

It has been an endeavor of enormous proportions. But because of the magnitude of our cause, obstacles have been of little consequence. God has been our champion all along the way, from the initial meetings in September of 2016 to the incorporation in October of the same year, to approval as a 501(c)(3) just a short time later.

Everything came together in April, when the first ever MAMO Med Team left for Uganda. Eighteen med kits were packed, along with various other supplies (including the requisite “sweeties” Muzungu are famous for) and we began an incredible adventure.

Ephesians 3:20 has been a theme verse since the beginning of MAMO. And that continues to be true today. God has done exceedingly abundantly more than we could have asked or imagined. We don’t have the wisdom or insight to bring together everything that has been done; only God could do that. We don’t have the stamina or determination; God has carried us. It was because of His favor that we received approval as a 501(c)(3) so quickly. And it has been His grace that has woven so many people of such different strengths and giftings together into a team.

In Uganda, we saw God answer every prayer…things could hardly have gone better.  God raised up a Ugandan nurse with a passion for public health to join us and supervise the training.  He provided a Ugandan athlete who still holds national records to travel with us and share her testimony. He provided an American agriculturalist with incredible wisdom and insight whose knowledge was highly sought after, everywhere he went. And God provided operations people who kept all the details in place. It was nothing short of miraculous.

The highlight of the trip, though, at least for some, was seeing the kits we brought put to good use. Unlike the experience last year, where medics were caught unprepared for the harsh realities of rural Ugandan life, we were ready. When Hope, a young girl of just seven years, began throwing up, our hands weren’t empty. 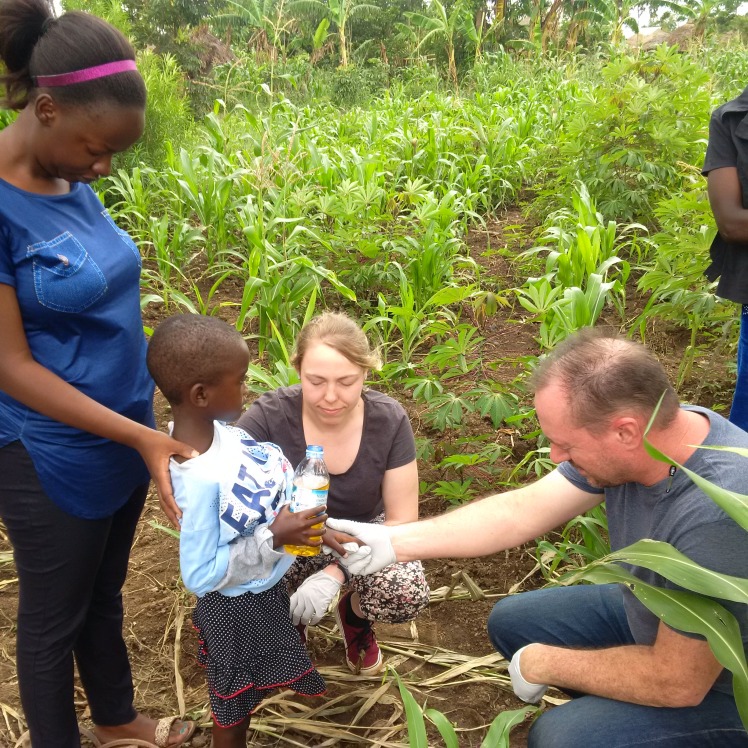 The Ugandan nurse was able to quickly assess the situation, gleaning helpful information from Hope’s mother. Fever reducer, rehydration salts, and a cooling cloth were quickly made ready. When it became apparent that Hope needed additional care, resources were available to help with that as well.

What started out as a burden to do something has become an organization that has, in less than a year, provided medical support that has saved the life of this young girl and provided care for thousands of children.

A MAMO team returned to Uganda for a very short trip in August, and the reports they’ve heard from the pastors and teachers with the med kits has been nothing short of amazing; teachers aren’t missing school when they get sick, and consequently students are doing better in school.

Another of the most incredible things discovered this trip is that Hope is doing well and back in school, when the previous team had wondered if she would even be alive when they returned.

We are as a team and organization in awe of what God is allowing and helping us to do in Uganda, and we look forward to experiencing what God will do in the future.

Everyone involved with launching MAMO has a heart for Africa. Many have waited years for God to fulfill dreams and visions. Seeing everything come together has been nothing short of amazing…but you’ll have to ask whether it’s been worth the wait.